Today, with cheap point-n-shoot cameras, photography is about as easy as it is inexpensive. But, in order to go beyond the basic Facebook and mobile phone pictures that everyone loves to snap, you will need to buy yourself a camera that is neither cheap nor trivial to operate.  Modern DSLRs are much better than the point-n-shoot cameras for many reasons.  They sport bigger sensors which provide for larger resolutions and less noise.  They allow you to interchange lenses, and offer the photographer more control during the whole picture taking process.  Over time, the advanced photographer begins to understand how lighting, focal length, speed, white balance, and ISO settings affect the image composition and quality.  While color is quite important, other factors are just as important when it comes to capturing the viewer’s attention.  For example, in the scene above, the viewer is drawn to the picture by the unnatural blue tones in the sky and the creepy looking tree.

Below are examples of photography that draw the viewer  into the scene.

Sure, it’s just a squirrel.  But, because the depth-of-field has been severely compressed, your attention is focused squarely on the squirrel and its detail, not on the background. 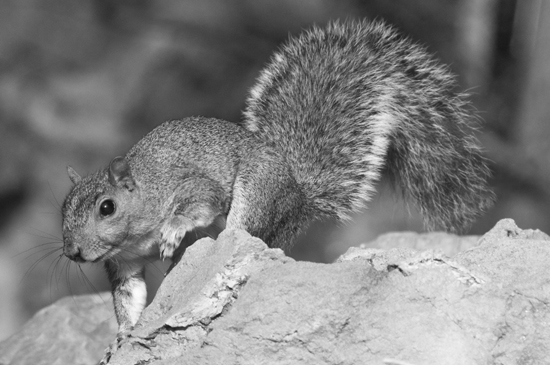 Max is a cute cat to be sure.  But, most importantly, he is looking and moving his paws towards you.  That makes you feel involved in the photograph.  Also notice how the eyes are the primary focus point.  This is very important when shooting animals. 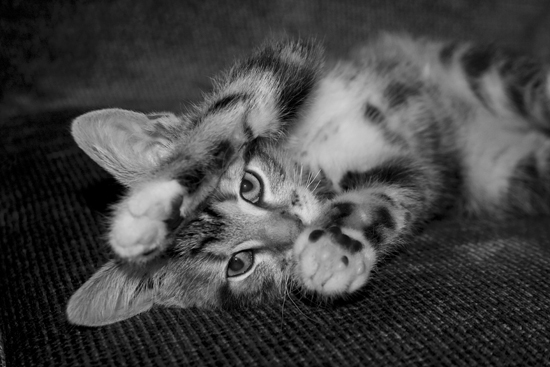 If it were just a picture of an ordinary cake, you would not be expected to pay much attention to it.  But, because it’s dimly lit, and the scene is not immediately familiar, you are drawn in for closer inspection.  It’s not every day you see a birthday cake with this combination and arrangement, and your curiosity takes over. 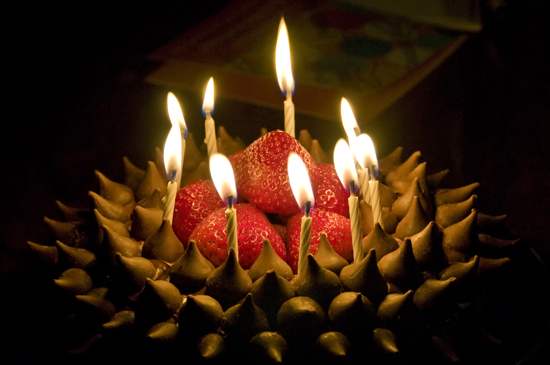 Lighting and contrast can easily change the mood of a photograph.  Below the shading is creepy, but the unusual 8 MPH sign is more than enough to get you thinking about what is at the end of the road that requires so much attention to detail and precision? 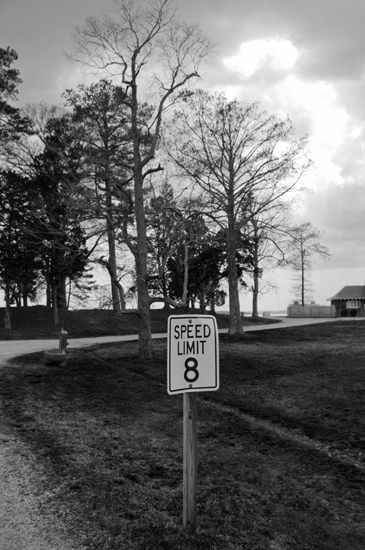 There are several photography tricks that you can employ to accentuate motion in a captured still image.  The shot below was created using two techniques simultaneously.  On one of the Cub Scout camping hikes, I took a lot of forest shots.  Because it was getting dark, I set the DSLR to a relatively slow exposure.  At the end of the hike, the cub master, John, saw the campsite up ahead and told the kids to run the final distance.  I was ahead of John, so I turned around and started to snap images in sequence.  To give me more time, I decided to jog backwards in tandem with the subjects.  This helped, but they were still gaining.  So, I gradually changed the focal length to keep them in frame even as the shots continued.  By syncing my motion with the subjects, they came out fairly clear while the scene appears warped in the direction of the motion.  Additionally, by changing the focal length WHILE taking the slow exposures, even more motion is apparent in the shot. 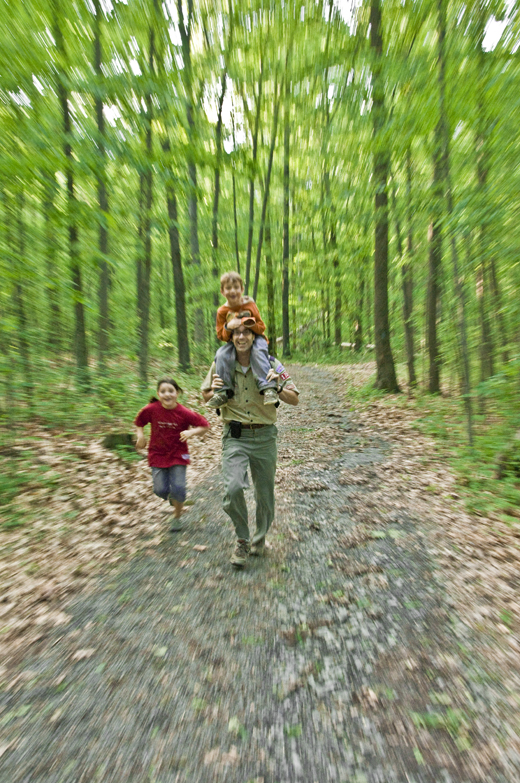